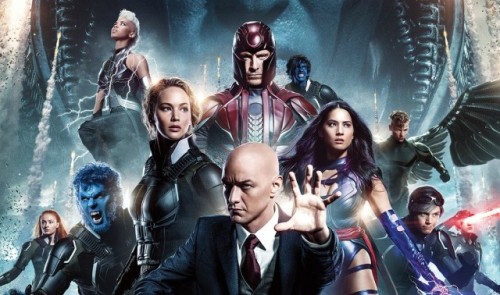 The latest installment of the X-Men movie franchise, X-Men: Apocalypse, had its flaws. But it was pretty entertaining and the primary reason was the 3-D effects that allowed you not only to feel the realism but pulled you in so close, it made you feel like you were a participant or first hand witness to the events.

The story centers around Charles Xavier (Professor X), played once again by James McAvoy, who mentally is challenged to the fullest by the heel of this film, Apocalypse, an ancient Egyptian mutant, worshipped as a deity, who re-awakens after a sleep of many centuries due to rebellion in the ranks. This is why you don’t dig around ancient sites if you don’t know what you’re dealing with.

The backdrop of the film is the 80’s so we get to see alot of Ronald Reagan, Gorbachev, and a whisk of the MAD culture that keep the world on its toes during the Cold War era. Apocalypse apparently has assessed that the new world he has re-emerged in is weak and can be put to heal.

He assembles four mutants to become his “Horsemen.” An Angel who has his wings burned, Storm, Psylocke, (Olivia Munn), but the diamond of the group is Magneto (Michael Fassbender). In this story he has a job, a wife, and a little daughter. He saves a co-worker from an accident and that marks him later as the police come for him. His daughter shows her powers as she is able to converse with the animal kingdom. She elicits their help but the results are shocking and the rage of Magneto is utilized fully by Apocalypse, who uses him to wreck the surface of the earth to imbalance the nations. He even nearly overwhelms Xavier while he is searching out the source of the Apocalypse earthquake and even initiates the launches of the nuclear arsensals of the world into space before Xavier has Cyclops (Tye Sheridan) destroy Cerebro, his mutant tracking device. 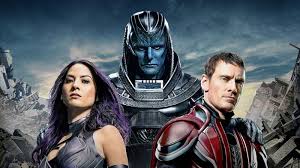 Oscar Isaac, who plays the mutant Apocalypse whose strength is on acquiring different mutant assets through transferring over time has made him quite versatile and dangerous. The makeup job is awesome but dulls his natural features, which normally would make him a great hero character, such as his role in “Star Wars 7: The Force Awakens” as an X-Wing fighter. 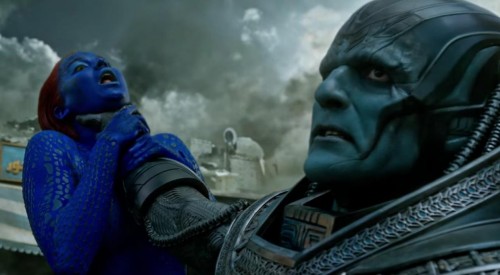 Nevertheless, this Guatemalan born actor, is excellent despite the limitations and dubbed voice, and still exudes that smooth charisma, which wins over the group he assembles. He pulls off a heel character with some depth in a role that easily could have been predictable and one-dimensional. He provides the threat necessary to push the new generation of young would-be X-Men.

Now for the weak points of the film that keep it from taking it all the way to being a keeper film. Mystique, played again by Jennifer Lawrence, is practically useless in a key role and her apathy is apparent throughout. Cyclops is run of the mill when he is not using his powers which accidently burns down Xavier’s favorite tree. Rose Bryne who plays CIA agent Moira MacTaggert starts off with promise as she finds the entrance to the fallen pyramid that housed Apocalypse. But she becomes expendable when the rest of her secret military task force kidnaps and imprisons key mutants and herself in response to the deception that Xavier was responsible for de-arming the nations.

Wolverine, who gets to unleash 30 seconds of destruction, is released from a cube prison by Jean Grey, Quicksilver, and Nightcrawler, who spends a lot of time popping from one place to another, and just as quickly, Wolverine runs out into the snow-capped mountains and is never seen again. Hugh Jackman could have made a better impact in the final battle. 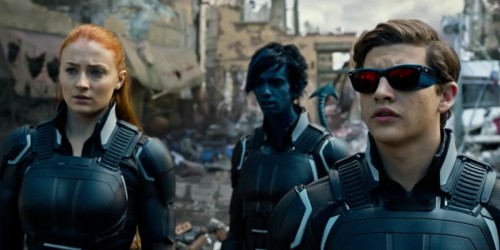 The Four Horseman are set up for great things but soon slide into mere supporting leftovers. Jean Grey, played by Sophie Turner, has promise but frustrates you throughout until she finally reminds you why she is feared in the final battle. The only smart one was Storm (Alexandra Shipp) who quickly changed to neutral observer. It’s not surprising as she was the sole horseman to not use her powers for personal gain. She is seen earlier stealing food to care for several youngsters.

The pleasant surprises we did not see coming was embodied in two characters, Nightcrawler (Kodi Smit-McPhee), who manages to win the audience over with a naive charm that makes you root for him and Quicksilver (Evan Peters) whose 80’s get-up was a great distraction from the main arc. His slow-mo rescue sequence of Xavier’s students was quite well produced. And we find in the story that he is Maneto’s son from another mother.

The heart of this story centers around Xavier and the desire of Apocalypto to have his mind. He is kidnapped and nearly loses the mental battle in his virtual mutant tracker, Cerebro that he created, leaving him to destroy it in their first encounter.

James McAvoy one again comes through with his calm command and is a consistently necessary thread to keep the movie moving, especially when it bogged down. His relationship with MacTaggert, who he removed all memory of to protect her leads to humorous awkard moments that always elicited a quick explosion of laughter.

In the end, Xavier’s ability to convince Jean Grey and old friend Magneto, wins the day. The chemistry betwen McAvoy and Fassbender is like an old friend, it never gets old. The final conversation between the two shows how simple can be effective. Magneto asks him how he can deal with all the negative impressions he gets from empathizing with so much gloom. When the question of what he is prepared to do if the mutants are threatened by humankind, he responds in true Xavier fashion,

“I pity the fools who would try to attack my school.”

We learn how Xavier becomes bald and in the closing scenes of the film, he has changed his philosophy of one of trust to one of preparing for the worst as he oversees his students about to engage a number of robots to hone their skills. You can see where this would lead.