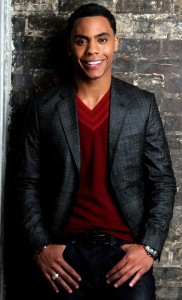 If love songs were an indication of the type of music Yunel Cruz was going to lean towards when he grew up then you know it was going to be Bachata.  This Dominican prodigy wrote his first song at the age of nine, ironically a salsa song.  Even though this music is different from what he is singing now, nevertheless it was a love song.

Yunel had envisioned himself as a singer at an early age.  He approached his father with the idea of becoming a singer and his father response was “You could do whatever you want to do, but first you have to finish school.”  And he did just that, Yunel eventually went to Fisher College and after he completed his studies, majoring in music, then he began his career.

With only a few months of releasing his hit single ‘Domincanita’, he already has hit the top of the billboards.  The song has also been used for the phone card titled ‘Dominicanita’.  Because of his song the card has also sold well.  When asked if the card helped in promoting his song, he responded “The phone card commercial definitely helps promote my song and in turn it helps them sell their phone cards.”

What makes Yunel stand out from the rest of the new group of youthful Bachatero’s like Prince Royce, Extreme or Bachata Heightz is that his main influence is salsa not Adventura, who established the New York Bachata sound.  Yunel grew up listening to the likes of Miles Pena and Frankie Negron.

Yunel hopes to drop his first album by the summer.  If it’s anything like his first hit then the album is sure to go far.