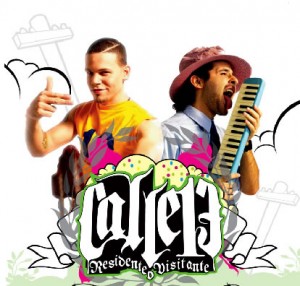 “For more than 10 years now, the Latin GRAMMY nominations continue to bring together the worldwide Latin music community by recognizing excellence and impact in recorded Latin music,” said Gabriel Abaroa Jr., President/CEO of The Latin Recording Academy. “It is always encouraging to see creative professionals acknowledging their peers and highlighting a varied and wide-ranging group of Latin music makers that reflects emerging talent as well as established artists. We look forward to another year of celebrating the best and brightest in Latin music, and to presenting another great telecast in Las Vegas on Nov. 10 with our friends and partners at Univision.”

The 12th Annual Latin GRAMMY Awards will feature 46 categories and will be supported on radio via Univision Radio (the official Spanish-language radio network of the Latin GRAMMY Awards), and highlighted on the Internet at www.latingrammy.com and www.latingrammy.univision.com, featuring video interviews and behind-the-scenes footage from today’s nominations announcement. Additionally, the telecast will be distributed internationally to more than 100 countries.

A limited number of tickets to the 12th Annual Latin GRAMMY Awards will be available for sale to the public starting Sept. 15, and may be purchased at the Mandalay Bay Events Center box office (877.632.7400; www.mandalaybay.com) or through Ticketmaster (www.ticketmaster.com).

The Latin Recording Academy is an International, membership-based organization comprised of Spanish- and Portuguese-speaking recording artists, musicians, songwriters, producers and other creative and technical recording professionals. The organization is dedicated to improving the quality of life and cultural condition for Latin music and its makers. In addition to producing the Latin GRAMMY Awards to honor excellence in the recorded arts and sciences, The Latin Recording Academy provides educational and outreach programs for the Latin music community. For more information about The Latin Recording Academy, please visit www.latingrammy.com. For breaking news and exclusive content, join the organization’s social networks as a Twitter follower at www.twitter.com/latingrammys, and a Facebook fan at www.facebook.com/latingrammys.