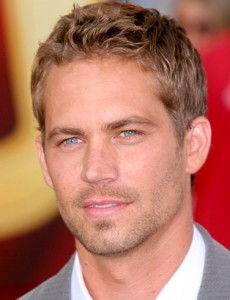 He is best known for his roles in ‘Fast and Furious‘ and ‘Hours’, but today, we say goodbye to actor Paul Walker. He died in a single car crash in Los Angeles, California on Saturday, November 30, 2013 and unfortunately, speed was a factor. He is survived by daughter, Meadow Walker. His close friend, Roger Rodas also died at the scene.

Walker was in route to the charity event Reach Out WorldWide (ROWW), a non-profit organization that has volunteers with first responder skill-set that includes project management, logistics, EMT, paramedic and many others. Walker got involved with this organization because of the massive earthquake disaster in Haiti back in January 2010. According to the ROWW website, it states that Walker ‘saw a gap between the availability of skilled resources and the requirement for such personnel in post-disaster situations.’

The independent film ‘Hours‘, which is about a father struggling to keep his newborn infant alive after Hurricane Katrina hits New Orleans, is scheduled to be released December 13.

His latest appearance was to be in the upcoming movie ‘Fast and Furious 7’.