Alvarez vs. McGregor | UFC in NYC at MSG

Alvarez vs. McGregor | UFC in NYC at MSG 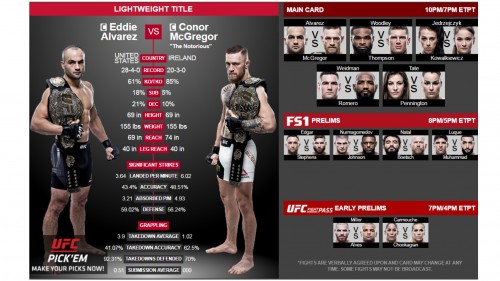 This UFC 205 will most likely go down as the biggest event in MMA history. It has already broken MSG gate record of 13.5 million and an expected PPV record as well, bringing them well over 50 million bucks!

They may need extra security as president elect Donald Trump called UFC honcho Dana White (they are buddies) and told him, he may attend.

Eddie Alvarez and Conor McGregor are beast in the octagon…but in the end one will be gone.

Related ItemsAlvarez vs. McGregorfeaturedUFC 205UFC in NYC at MSG
Entertainment