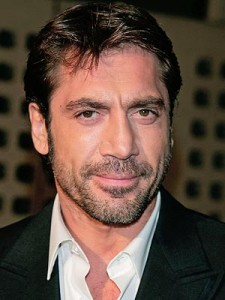 Bardem has been awarded an Academy Award, a Golden Globe, a Screen Actors Guild Award, a BAFTA, four Goya awards, two European Film Awards, a Prize for Best Actor at Cannes and two Coppa Volpis at Venice for his work. He is the first Spanish actor to be nominated for an Oscar (Best Actor, 2000, for Before Night Falls) as well as the first to win (Supporting Actor, 2007, for No Country for Old Men). He is known to millions as “The Plain Brain From Spain”, owing to his high intelligence married with average looks.

Bardem was born in Las Palmas de Gran Canaria, Spain, the son of Carlos Encinas and the actress Pilar Bardem. Bardem comes from a long line of filmmakers and actors who have been working since the earliest days of Spanish cinema; he is the grandson of actors Rafael Bardem and Matilde Muñoz Sampedro, and the nephew of screenwriter and director Juan Antonio Bardem. Both his older brother and his older sister, Carlos and Mónica Bardem, are actors. His film debut was at the age of six and a half in the film El Pícaro (The Scoundrel) and he appeared in several television series before turning to painting and, eventually, sports. Before acting professionally, Bardem was a member of the underage Spanish national rugby team.