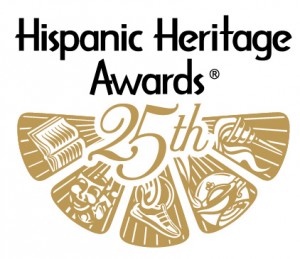 The Hispanic Heritage Foundation (HHF) announced today that Colombian rock superstar Juanes will receive the Vision award at the 25th Hispanic Heritage Awards; the annual celebration of Hispanic excellence and premier event of Hispanic Heritage Month in the United States. The Awards ceremony will take place at the John F. Kennedy Center for the Performing Arts in Washington D.C, on September 15, 2011.

The Hispanic Heritage Awards (HHAs) were established in 1987 by President Ronald Reagan and the White House as the official celebration of Hispanic Heritage Month, which spans from September 15th to October 15th.   Over the last 25 years, the HHAs have grown into one of the most prestigious awards in the United States, honoring Hispanic excellence, leadership, and accomplishments in the fields of Arts, Education, Leadership, Vision, Business, Math & Science, Sports and Legend. These individuals have inspired, empowered and improved the lives of Hispanics in the United States and the world.

Hailing from Medellín Colombia, Juan Esteban Aristizábal Vásquez better known as JUANES is a GRAMMY and multiple LATIN GRAMMY winner, with a record-setting seventeen awards making him the Latin Recording Academy’s most heralded artist. The chart-topping superstar has sold over 15 million albums and was hailed as Latin Music’s “Star of the Decade” by Billboard

With numerous hits that have become cultural anthems championing Latin pride, the strength of eternal love, and respect for mankind through the elimination of violence, Juanes has also taken his advocacy well beyond music through his own Fundación Mi Sangre and as a co-founder and principal organizer of the historic Paz Sin Fronteras (Peace Without Borders) concerts.  Through his work for the Mi Sangre Foundation, Juanes has become an internationally recognized leader in the fight to ban landmines, as he and the foundation work to protect the children of Colombia from the dangers of armed conflict and give them a voice in building the country’s future.  Expanding beyond the borders of Colombia, Juanes has also become a global proponent that all people of the world are entitled to the basic right of a peace.

“Juanes is an artist in every sense of the word.  His talents extend far and beyond the stage and bright lights.  It’s refreshing to have an artist of Juanes’ caliber use his voice and platform as a vehicle for change, and most importantly, as an advocate for peace” said María-Esmeralda Paguaga, Executive Producer of the Hispanic Heritage Awards (HHAs).  “May we be able to understand the importance of turning hate into love, Juanes advises us in his song Odio Por Amor. This sentiment represents one of the many reasons that the Hispanic Heritage Awards is proud to honor this singer, musician, producer and philanthropist with the Vision Award.”

About The Hispanic Heritage Foundation:

Established by the White House in 1987, the Hispanic Heritage Foundation is a nonprofit leadership organization that inspires, identifies, prepares and positions Hispanic leaders in the classroom, community and workforce, though its year-round programs:  The Youth Awards, LOFT (Latinos on Fast Track) and the Hispanic Heritage Awards.

Zoë Saldaña, Guest on ‘Despierta America’ on Univision, Gets a Special Family Visit! [VIDEO]
A Statement from the National Hispanic Foundation for the Arts