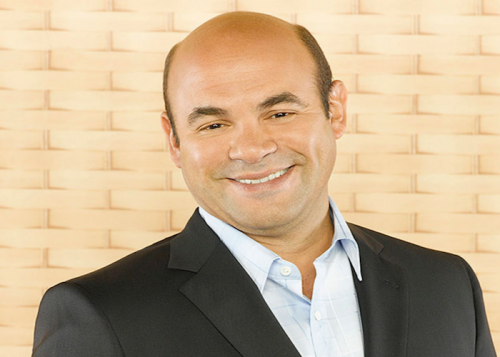 Ian Gomez of Cougar Town and My Big Fat Greek Wedding fame will be joining Supergirl tonight in the role of Snapper Carr.

In his new role, Gomez will be taking over Cat Grant‘s (Calista Flockhart) position as CatCo’s editor-in-chief now that the actress playing her has been dropped from the main cast to a series regular since the show switched production from Los Angeles to Canada.

In the comics, Snapper Carr was initially a mascot for the Justice League and helped to humanize the larger than life characters like Wonder Woman and Superman while bringing in teen readers.

In later years, the character became an executive assistant for the superhero team and then a journalist who reports on the Justice League’s exploits.

Alternate versions of Carr have him joining the secret government agency Checkmate and gaining teleportation powers.

Supergirl will be returning the Carr character back to his mid-career adventures as a journalist. Whether he is a fan of the superhero Supergirl in the show has yet to be revealed, but he definitely does not find her pedestrian alter ego, Kara Danvers, that impressive in the trailer for tonight’s episode, “The Last Children of Krypton.”

Supergirl is on Mondays at 8 p.m. EST on The CW. Next week’s episode will feature Floriana Lima as Special Crimes Investigator Maggie Sawyer.