The special is 1 of 2 released as part of HBO’s Entre Nos series (the other being The Winners 3), both are also directed by comedian Aida Rodriguez. The special is set to debut on HBO Max on November 11th.

In Lara’s 38 minute-long set, you can see that his easy presence, which usually comes from gained stage confidence earned over years of performing and he seems to have the natural instincts of a born comedian.

Romantic Comedy mostly centers around today’s dating environment adding to that, some twist and turns of pandemic life and what vacation was like as the son of Dominican immigrants. 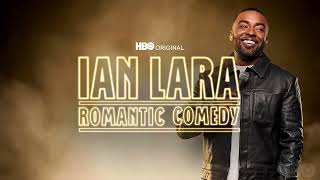 Lara discusses current sexual politics—as he sees it, women are in control of the dating sphere while men want to settle down, it seems that the script has been flipped.

Where Lara really thrives, though, are moments of specificity. His stories about going on a cruise with his male best friend and why his late mom was a badass are far more compelling than generalizations about modern romance.