Jimmy Smits is now a “Son of Anarchy”

Jimmy Smits is now a “Son of Anarchy” 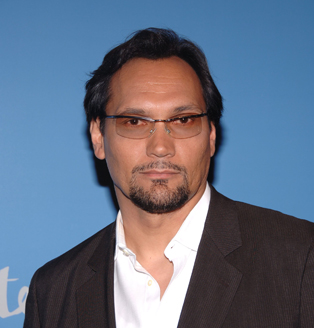 Bobby Simone is moving to the wrong side of the law. NYPD Blue alum Jimmy Smits is joining the upcoming fifth season of FX’s flagship drama Sons Of Anarchy for a major, season-long arc. On the dark biker soap, Smits will play Neron “Nero” Padilla, a Latino gangbanger with an exit strategy who becomes a dangerous mentor for Jax (Charlie Hunnam).

Smits has played bad guys before, most notably the scheming ADA Miguel Prado in another season-long arc on a gritty cable drama, Showtime’s Dexter, but this marks a rare departure from Smits’ trademark shirt-and-suit look associated with most of his characters. Nero is envisioned as being heavily tattooed and definitely won’t be wearing a suit. He also is expected to be as dark and possibly even darker than Prado, a role that earned Smits an Emmy nomination. In addition to NYPD Blue and Dexter, Smits’ series credits also include LA Law, for which he won an Emmy, The West Wing and Outlaw. He is with Brillstein Entertainment, UTA and attorney Tom Hoberman. SOA has been renewed for a fifth and sixth season, with a seventh cycle considered a given after series creator Kurt Sutter was recently signed to a three-year deal.