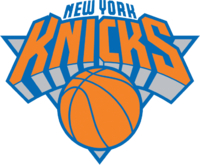 New York Knicks small forward Carmelo Anthony played like a man possessed at AmericanAirlines Arena Tuesday night, scoring 50 points on 18 of 26 shooting in a 102-90 win over the Miami Heat (58-16).

In just over 40 minutes of action, Anthony hit seven 3-pointers in 10 attempts and seven free throws in eight attempts. His 50 points vs. Miami—which, it should be noted, rested All-Star duo Dwyane Wade and LeBron James as a precaution Tuesday—matched his career high.

Anthony’s previous (and only other) 50-point output came against the Knicks (47-26) in 2010 while he was a member of the Denver Nuggets.

With Tuesday’s win, the Knicks—now winners of nine consecutive games—took their season series vs. the Heat 3-1.

Canelo Vs. GGG 2 | Tale Of The Tape & Story of Their Lives

The Highest Paid Latino Athletes of 2017 (so far)