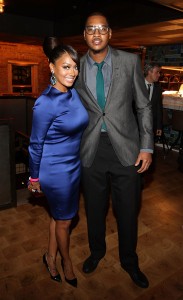 Last night was almost a blast from the past as Nas celebrated his 38th birthday with former rap rival Jay-z as well as rapper AZ, who was a part of Nas’ Hip Hop super group ‘The Firm’. Nas, who showed up wearing a shiny red dinner jacket and shell toe Adidas, was also joined by the likes of Common, actress Zoe Saldana, Ne-Yo and his former manager Steve Stoute.

Lala and Carmelo Anthony stopped by the event after being honored at US Weekly’s 25 Stylish New Yorkers gala. 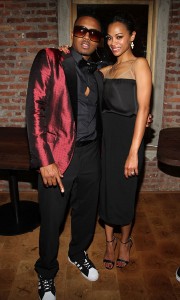