Last Surviving Mirabal Sister Died at the age of 88

Last Surviving Mirabal Sister Died at the age of 88 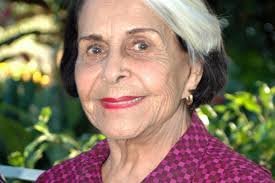 It is important to keep going after the loss of a loved one because it is one of the ways to cope or in this case, tell the story of her sisters and what they did.

That is what one of the Mirabal sisters did after all of her siblings passed away saying, according to a Huffington Post article, “so I could tell their story!”, a story that was indeed courageous. The last of the surviving sisters, Doña Dede, died on February 1, 2014 of pulmonary complications in Santo Domingo; she was 88 years old.

The sisters are known as the mariposas that fought to overthrow the dictator. While all four of them fought together, three of the four Mirabal sisters were killed November 25, 1960 by the dictatorship of Rafael Leonidas Trujillo. This followed the assassination of the dictator May 30, 1961.

No honorable act goes unnoticed; and right before the turn of the millennium in 1999, the sisters received recognition by the United Nations General Assembly. They designated November 25th as the International Day for the Elimination of Violence against Women. Additionally, the province of Salcedo in the Dominican Republic was renamed to Hermanas Mirabal in honor of the sisters. This was also the sisters were born and lived until they passed away.

After her sister’s death, Doña Dede was the last one who had to find the courage to tell the story to everyone. Their story has appeared in many publications including the novel, ‘In the Time of the Butterflies’ by Julia Albarez, a film starring Michelle Rodriguez called ‘Tropico de Sangre’, and a documentary was also produced about the sisters by filmmaker Cecilia Domeyko.

For women of this type of courage, it is fitting that in 1992, Dede founded the Mirabal Sisters Foundation and also the Mirabal Sisters Museum two years later in her native city of Salcedo. Further, the museum has now become a major tourist attraction.

Read more about the sisters in this photo gallery.