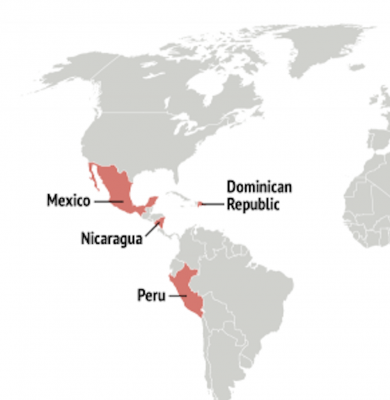 On Feb. 23, 2015, Stratfor, a geopolitical firm, released its annual Decade Forecast (2015-2025), which analyzes the future of industries and markets around the world. One prediction is that within the next decade China’s economy will rapidly slowdown because of internal conflicts within the country, and economic reforms that will focus on “return on capital.” Four of the sixteen countries anticipated to fill the gap in garment/footwear manufacturing and mobile phone assembly jobs are in Latin America: the Dominican Republic, Peru and Mexico (specifically Campeche, Veracruz, Yucatan & Chiapas). Part of the economic shift from China to these countries is because of entrepreneurs of small businesses choosing to invest in these new developing countries.

UNREAL! 3D-Printed Homes For Under $4,000!!!
Alpo Martinez: Where is the Infamous Harlem Drug Kingpin?
Translate »
%d bloggers like this: