Maybe: How to detect Autism amongst the increased number of Latino children

Maybe: How to detect Autism amongst the increased number of Latino children 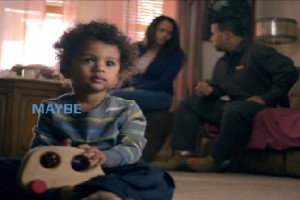 In a 31 second ad, a little Latino boy named Michael is playing with a wooden truck. While he is playing, his parents are attempting to get his attention but to no avail. “Maybe he is just really focused?” or “Maybe he just likes the wheels?” are some of his parents’ responses to him not paying them any attention. However, as the ad comes to a close maybe Michael is exhibiting one of the signs of Autism.

A psychological disorder which impairs an individual’s communication, social interaction and understanding of the world, Autism is a condition where the nerve cells and synapses of the brain’s ability to process the brain do not function correctly. This disorder, although thoroughly studied to help individuals of it, is still a mystery with no known treatment to help repair the system.

Now, the disorder is growing amongst Latinos and Blacks and this ad featuring Michael is an advocacy organization for Autism is trying to inform parents within the group so that early detection may lead to a beneficial future.

A recent CDC study revealed that Autism amongst Latino and Black American children has increased in numbers to be diagnose with the disorder, which can be screened or seen within as young as 3 years old. Wanting to inform potential parents about the disorder Autism Speaks, an autism advocacy organization, has taken the task to educate Latino and Black families.

“Earlier diagnoses are so important because if we can get a child by 2 years old, in most cases, with help that child can go to regular kindergarten,” Liz Feld, president of Autism Speaks, said, discussing what the ads are intended to do. “The window between 2-5 years old is the most important time to deal with treatment.”

Through a series of ads, Autism Speaks commercials contain brief details of information that would help parents move on to the next step if they notice any developmental issues their child may be experiencing. The commercials aim to show that while the disorder is serious it is manageable where they can help autistic children have a normal and productive life.

Autism Speaks ads’ for the Latino and Black communities are in Spanish or English and are to act as a comfort in eliminating any thoughts of shame or stigma having an autistic child may inflict parents.

“Sometimes mothers feel such blame if something is wrong and might not want to speak to their husbands about it,” said, Fields. In order to help lessen these troubling thoughts, Autism Speaks has introduced a new method that will be more supportive and answer additional questions where the ads left off.

Along with the ads, Autism Speaks has introduced a text campaign where parents can text “maybe” to 30644, and for Latinos they can text “quizas” to 30644 for the Spanish version. Fields believes the text messaging option will help parents, “saves having to spend $90 on a checkup but also allows the parent to ask questions privately.”

You can watch the new campaigns on Autism Speaks Youtube Channel at AutismSpeaksVids, and for more information you can visit Autism Speaks at: http://www.autismspeaks.org/