For nearly 20 years, Floyd Mayweather Jr. has endured every kind of hit a professional boxer is confronted with in the ring. Yet today, Mayweather is still flashing his smile. 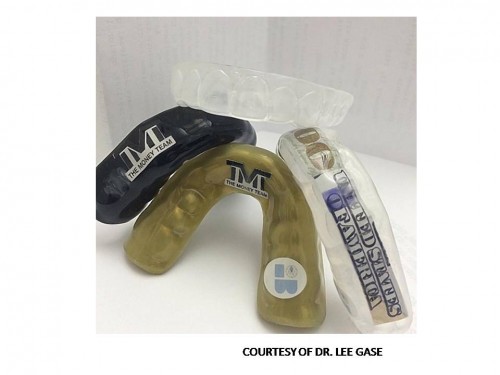 “My career’s gone on 19 years,” Mayweather said “And I’ve been able to preserve my smile.”

Now, we know how Mayweather has managed to keep his smile unblemished for all these years. Mayweather will spend “mucho dinero” on custom crafted mouthpiece for his fight against Manny Pacquiao, Mayweather will be using a mouthguard worth about $25,000. AND it’s filled with $100 bills!!. Over the counter mouthpieces sell for about $7 bucks, with the average customized piece going from $100 to $400 bucks, but not the money man. Mayweather esta loco? or does he just have money to burn? he is projected to make an outstanding amount for his fight with Pacquiao on May 2nd, 120 Million ( and Pacquiao 80 Million)

The mouthpiece was customized by Dr. Lee Gause.

“Athletes don’t like mouth guards because they can’t breathe with them,” Dr. Gause said, adding later that his “mouth guard may be one percent better than the competition, but one percent is the difference between winning and losing.”..and Mayweather knows how to win…but come on; the mouthpiece will not have anything to do with winning or losing. Expensive mouth piece or not, these are two of the best boxers in the world, trained to fight and win, but someone will lose. Who might that be?