Meet CRASH deSol: The Proverbial Square Peg in a Round Hole

Meet CRASH deSol: The Proverbial Square Peg in a Round Hole 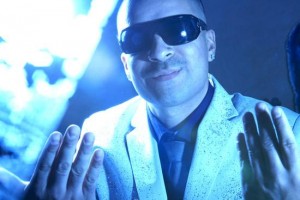 “I just hate how everyone (myself included) tries to squish some artist into a premade mold in order to make sense of his or her art — although as humans, it’s really only natural.”

CRASH v. to make a loud, clattering noise; characterized by an intensive effort; Slang: to gain admittance to, even though uninvited: to crash a party. – de Sol n. a self-luminous body; star.

If you are seeking some new year musical inspiration, we’ve got something for you.  You may be tempted to call him a “rapper” or maybe more formally a “recording artists,” but neither really seems to describe CRASH deSol, who simply goes by CRASH most of the time.  True, he does make music and he is pretty impressive laying a rhyme on a track but in a way both would sell him short.  Try “entertainer” and you’re getting closer.  He’s that friend; the one we all wait to arrive to really get the BBQ, Raiders tailgate or house party going.  And, oh yeah, he’s making some great music.

CRASH deSol is a new artist whom platinum producer Fingazz of California-based Streetlight Music calls “a natural talent who floored me the first time he got in the booth.” CRASH has recorded with both Kritical of Kritical Productions and Fingazz.  Fingazz also shot the music video.

If you’re seeking to discover new artists in 2011, check out CRASH deSol.  His single “Spanish Loca” is a representation of his high-flying spirit and charming ability to not take himself too seriously; in a word, refreshing.  “I’ve been recording a lot and have more music coming, some has a similar energy to ‘Spanish Loca’ and some will be a good surprise,” laughs CRASH.