“It will be something different, always taking a chance but with things that come straight from my heart,” the songstress said during a visit to Los Angeles.
Trevi was uncompromising in saying that in her new disc she’s not going “with the formula,” and will again be setting off in an unexplored direction.
In her most recent concert in Los Angeles last October, the “Mexican Madonna,” as many of her fans call her, for the first time performed a song live in English, which seems to have been the first step toward a future crossover.
“All my life I wanted to do the crossover of languages, because I’ve already done it generationally and socially speaking: at my concerts you see people of all ages and all social classes, breaking those barriers and borders through music,” Trevi said.
In her concert at the Nokia Theater in Los Angeles, Trevi sang the number “Habla Blah Blah” in English.
“It was our people who inspired me to do it, it was seeing that Latinos 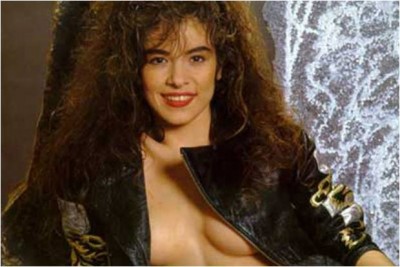 in the United States have no fear of speaking out and expressing themselves,” Trevi said, adding that she finds it difficult to talk in English.
“So I said ‘Why am I so worried about singing with an accent if I’m Mexican?’ I’m not going to sing with a British accent or an Irish accent, but with a Mexican accent,” Trevi said

Who’s To Blame: The City, The People, or The Shooter for the death of Two NYPD Officers?
Prince Royce Rocked this Christmas @ Rockefeller Center!!
Translate »