Miguel May Be Sued For Billboard Awards Performance

Miguel May Be Sued For Billboard Awards Performance 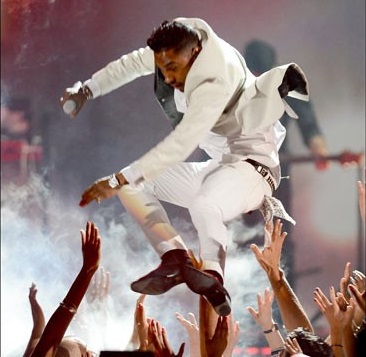 We can’t say we didn’t see this one coming! R&B singer Miguel looks like he may be sued for accidentally drop kicking a woman during his Billboard Music Awards performance of “Adorn” on May 19th. Khyati Shah was all smiles backstage after the incident icing her injured arm. When asked how she felt about the singer she jokingly responded that she “adorn(s) him.” He later tweeted, “got caught up in the moment, thank goodness Khyati is okay,” but deleted the post the next day.

According to E! News, attorney Vip Bhola indicated a final decision will soon be made as to what course of action to take, most likely after Shah’s medical results tests return.

“We will determine that after we have feedback from medical providers,” Bhola told E! News, declining to reveal a timeline as to when any civil litigation may actually be filed. He added that his client has been experiencing “difficulties” of late he related to the incident.

Miguel has not made a comment on the potential lawsuit.