Boxing promoters believe that the recent lower pay-per-view sales are because of piracy by live-video platforms such as Facebook Live and Periscope. 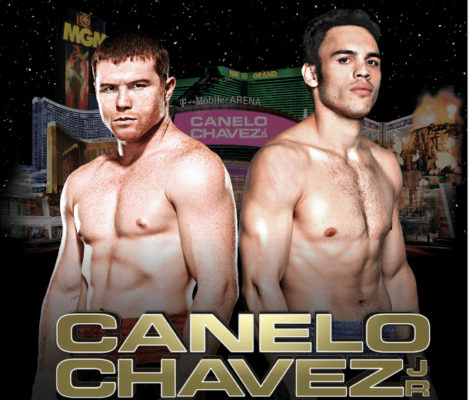 After the negative reaction to the disappointing Floyd Mayweather Jr.-Manny Pacquiao fight two years ago, which drew 4.6 million pay-per-view buys at record prices, no boxing pay-per-view has exceeded one million buys.

Canelo’s  2015 bout with Miguel Cotto had 900,000 buys and his September victory over Liam Smith for a junior-middleweight belt had less than 300,000 buys, according to an HBO executive.

Finding pay-per-view action on the live video outlets has been an easy, increasing the interest in avoiding costs like Saturday’s $59.95 pay-per-view cost.

“The anti-piracy companies have already sent Facebook and Periscope letters to let them know. … We’ve given them time to be on it and I believe we’ll be more successful,” Gomez said. “You can’t stop everything, but we feel comfortable we’ll stop most of them.”

Facebook announced the hiring of additional personnel to limit live videos of violent acts. The scrutiny is also necessary to limit piracy said a boxing analyst