Ricky Martin: On Marriage…Specifically, His Own?!

Ricky Martin: On Marriage…Specifically, His Own?! 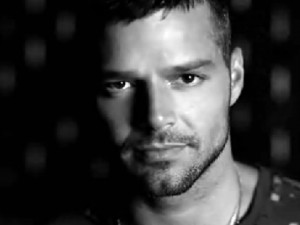 Puerto Rican super star Ricky Martin has admitted to wanting marriage. There is a catch, however. He wants the ceremony to take place in his native Puerto Rico once it becomes legalized.
Speculations of a New York wedding to take place between the star and his boyfriend, Carlos Gonzalez, surfaced after a report was written by newspaper El Nuevo Dia. A source close to the star, however, denied the rumors, stating, “It is a completely incorrect report…Ricky Martin has not set plans to marry.”
Martin first made a public announcement about his sexual orientation in March 2010 and expressed his support for homosexual marriage. In regards to Puerto Rico’s current laws regarding the matter, the star stated, “What I want is for them to say no to discrimination so that equality among us human beings may be a reality in my country.”
Speculations that the singer secured his Spanish citizenship in order to legally marry his partner recently circulated the media. The singer, however, put a stop to the gossip with a recent statement. He said, “I want to have the rights of anybody else in my home country. I don’t want to be a second-class citizen. I’d want to do it on the island where I was born and where I will die.”
Looks like that wedding will be put off for the time being.

Who is Luis Miguel dating NOW?!
A-Rod Has a New Girlfriend
Translate »