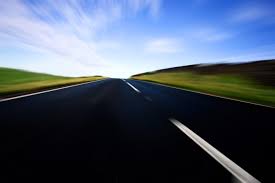 Driving for many people is a necessity and a way to get around without having to rely on public transportation or family and friends. It is a sense of freedom and provides independence for millions of people.

With all that said, what is happening to driving these days? In Arizona, young immigrants are being denied a drivers license even though they had work permits under an Obama administration policy that violated their equal protection rights.

To back track a little bit, in June 2012, the Obama administration took steps to protect people from being deported by either having them be in school, served in the military and other certain requirements. Two months later, Governor Jan Brewer of Arizona, directed state agencies to deny drivers license to immigrants even if they did work along with other public benefits.

In 2013, Brewer’s policy was rejected because Judge David Campbell had ordered it to be unconstitutional and went above federal law. Both sides argue that some immigrants could get drivers license if they have work permits.

The issue of liability brings major concern to this issue in so that it would give people the right to drive even though they are undocumented.

Immigration is becoming a big issue these days with many people trying to come to this country, but is not having very much luck. Like any other issue, some will just have to take a little more time to get resolved.