TANIA BAEZ REINVENTS HERSELF AS A MOTIVATIONAL SPEAKER AND LIFE COACH AFTER 30 YEARS IN TELEVISION.

TANIA BAEZ REINVENTS HERSELF AS A MOTIVATIONAL SPEAKER AND LIFE COACH AFTER 30 YEARS IN TELEVISION.

After being one of the most important and respected figures in the Dominican Republic for nearly three decades, Tania Baez, the famous TV host, producer, journalist and entrepreneur decides to reinvent herself at the age of 48, leaving her comfort zone behind and becoming a life coach and a transformational speaker.

An unknown and risky path, “it was very difficult, as human beings we resist change, despite recognizing that change is the only thing predictable in life,” she says, but understood that her passion changed and transformed, that she felt the overwhelming need to help others, and that many of the day-to-day activities of the television show business felt empty and insignificant.

And it was this intense desire to empower others who started her on the path of inspirational coaching; she trained with great leaders like Anthony Robbins, Jack Canfield and Oprah Winfrey. She began to knock on doors, tired of living in half, “I was with my passion cut in half because I did not dare take the step of making my dream come true.” When she did not find opportunities, she decided to create them and open her own doors. She left her prosperous TV show and created her own motivational conferences. 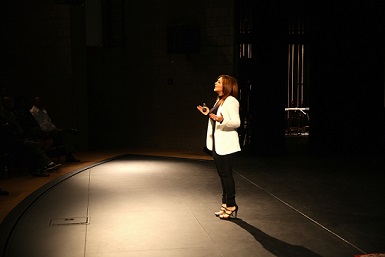 Now, Tania faces the great challenge of bringing her conferences throughout Latin America and United States. “YO VOY POR MAS (I’m going for more),” her most recent conference was a huge success and it was completely sold out in October at Lehman College in New York, as well as Honduras, Miami, Boston and several other Central American countries.

This warrior of life and award-winning communicator has lived in front of TV cameras since the tender age of 16. Her triumphs, pregnancies, divorce, grandchildren, romances, everything has been under the scrutiny of the public, which now supports this new facet of her career.

“VOY POR MAS is one the most rewarding things I have done“, she admits, “this conference is a wake-up call, a reminder to everyone that you have unlimited potential“.

SIX PRINCIPLES TO GO FOR MORE AND AWAKEN YOUR POTENTIAL

1. Recognize that you want to change and specifically identify the things you want in your life.

2. Make a plan of action, a list of the steps you’ll take to achieve your dream.

3. Open yourself to change by changing attitudes and behavior patterns.

4. Be flexible. The destination can manifest itself with setbacks, be flexible and dance to the rhythm of your dreams.

5. Be grateful – be thankful for the opportunities that appear along the way.

6. Watch your words and thoughts. There is an extraordinary power in what we say. 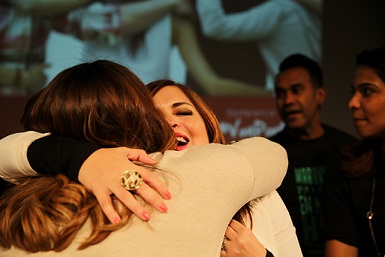 Passionate and defiant, this life coach assures us that she already manifested and proclaimed the next steps in her career. She assured to Oprah Winfrey in a recent meeting to not forget her name, because she, Tania Báez, will be her next coach of empowerment and reinvention for the Hispanic market, she says with a huge smile and the security and conviction of one who knows what she wants and recognizes the universe as the best ally.

And it is this woman who enjoys the support and affection of 10 million Dominicans and the thousands of allies who come together every day on her path. And it’s not hard to predict and know that Tania will definitely go for much more.