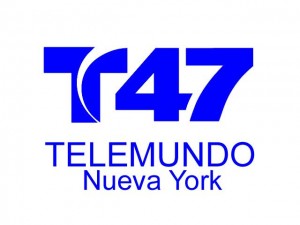 Telemundo 47 (WNJU) is the ONLY Spanish-language station with year-over-year and month-over-month growth during Monday through Friday prime among Adults 18-34, Adults 18-49 and Adults 25-54 during the November 2010 Sweep.

In Monday through Friday prime for the November sweep, Telemundo strengthens its position in the market each weeknight in primetime among Adults 18-34, with a +33% over the previous sweep period and a +50% over the previous year.  In Adults 18-49, Telemundo 47 grew by +20% book-over-book and +33% year-over-year between 7pm-11pm.  In the Adults 25-54 demographic, the station saw a growth of +10% book-over-book and +22% year-over-year.