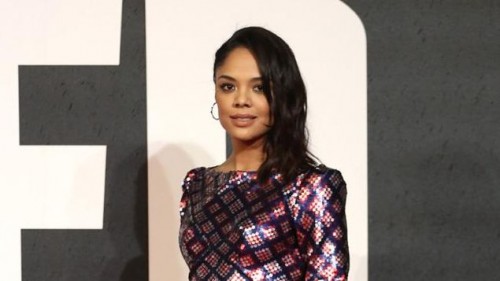 Tessa Thompson, who broke out with her lead actress role last year in “Creed” has been added to the cast of Thor: Regnarok coming out next summer. How big a role is still under wraps but no matter the character, Tessa has already shown her range in series such Veronica Mars and Copper. Her work as Bianca in “Creed” won her the African-American Film Critics Association Award as Best Supporting Actress in 2015.

The Los Angeles born actress, who shares a Mexican, Panamanian, and part European heritage, has used her unique looks and extensive training on stage and film to forge an impressive list of work, climbing the ladder since her debut in 2002. Her appearance in “Dear White People” put her on the map and garnered an NAACP Image Award for Outstanding Actress.

Tessa, who studied Anthropology in Santa Monica College, has come a long way and remains quite busy with a new television series, Westwood, where she will play Charlotte Hale. But with Natalie Portman not returning to the Thor franchise, Tessa is rumored to be considered for the role of the Valkyrie, which may very well expand into upcoming Marvel films.