The return of a mature Xtina, Christina Aguilera’s new look

The return of a mature Xtina, Christina Aguilera’s new look 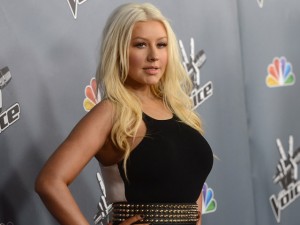 She’s not exactly returning to her Xtina days, but for a recent Maxim issue Latina Music superstar Christina Aguilera graces the magazine showing off her new look.

The 32-year-old coach and judge of The Voice appears in the magazine wearing nothing but sultry lingerie showcasing her recent slimmed-down body. On the cover she wears nothing but a black bra and an open-button man’s white shirt.

“I’m such a down-to-earth girl,” said Aguilera, she goes on to disclose to the Magazine how she views her sexiness. “I’m comfortable in just a jersey and boy’s underwear. Trying too hard to be sexy is the worst think you can do. Sexiness should be effortless.”

During the interview, Aguilera is asked about certain individuals from her mouseketeer days. When asked which fellow Mickey Mouse Club member Justin Timberlake or Ryan Gosling was sexier, Aguilera choose a very modest answer.

“They were both very charismatic, but I think I have to shy away from the question. I don’t want this to bite me in the butt later. They were tight, you know. They’d walk around together all the time, same as me and Britney (Spears) would. Now look at us. It’s funny how that played out.”

The singer has been in relationship with Matthew Rutler and reveals to the magazine what she finds attractive or a turn-off in a relationship.

“I love genuine guys; that’s why I pretty much stay away from celebrities,” Aguilera explained, “I don’t care about money, because, trust me, I can support myself.”

You can read the entire interview when the October issue of Maxim hits newsstand September 17.