The World Famous Rockettes – Reflection of NYC’s Ethnic Diversity…Or Stuck In A Bigoted Past?

The World Famous Rockettes – Reflection of NYC’s Ethnic Diversity…Or Stuck In A Bigoted Past? 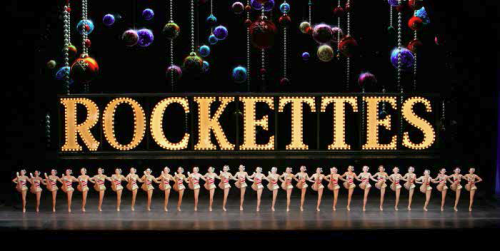 Originally published in the Dec. 2014 issue of LatinTRENDS Magazine

The stars of the Christmas Spectacular at Radio City Music Hall are of course the legendary Rockettes, hands down the most famous chorus line in America. While most of us would be hard pressed to name a single Rockette, the group in unison is undoubtedly a household name. That plays into the idea behind the troupe’s inception. Since day one, the Rockettes have been renowned for uniformity and precision moves, identical wardrobes and even specific height restrictions. Until 1988 that type of standardization was used to explain why not a single Latina, or African American woman had ever been part of the group. The Rockettes were strictly lily-white.

So this season LatinTRENDS was eager to report how things have changed at the grand American institution. We hoped to share that at Radio City Music Hall, the phrase “White Christmas” strictly defined snow on the holiday, or the classic song reminiscing about an old-fashioned Christmas setting. Unfortunately, we found the Radio City Christmas Spectacular team extremely distant and unresponsive.

Back in the day, the founder of the Rockettes, Russell Markert, acknowledged that he even banned suntans for a white dancer because “it would make her look like a colored girl.” And many of those who worked for Markert over the decades agreed with the bigoted tradition.

Even in the early 1980s, the Rockettes Director at the time, Violet Holmes, defended the all-white chorus line on the basis of aesthetic principles. She said the dancers needed to be “mirror images,” and told the New York Times that “one or two black girls in the line would definitely distract. You would lose the whole look of precision, which is the hallmark of the Rockettes.’’ 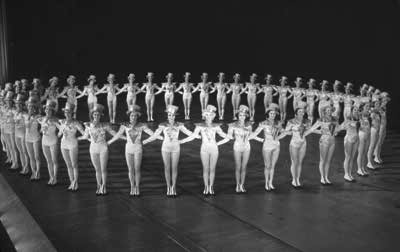 The original Rockettes dance troupe was founded in St. Louis in 1925, and made its way to New York City in 1932. That same year they performed as part of opening night at Radio City Music Hall and in the first Christmas Spectacular. Back then it was safe for management to simply say “only whites need apply to dance with the Rockettes”.

Decades later, in the post-civil rights era, they had to get more creative. The lack of job openings was attributed by management as the reason for having no women of color in the Rockettes.

Today audiences worldwide embrace ethnic performers, and the idea of excluding a Latina or a Black dancer because of the color of her skin, especially in such an American institution, is hard to even imagine. Plus the Rockettes’ mission to employ ‘modern-day women’ experienced a new push in the late 2000s. There was a “new” brand of Rockettes in the works. In 2014, however, we find it hard to tell how much ethnic diversity exists in the season’s chorus line at Radio City’s Christmas Spectacular.

We tried to verify the number of Rockettes who are Latina or African American, by calls and emails to Madison Square Garden Productions, the company that runs the Radio City Music Hall brand. We called their offices at least three times and sent at least seven emails to their press and investor relations departments. Unfortunately, we never received a response.

Given its racially charged history, one might think that this New York dance company would embrace ethnic media and jump at the chance to further connect with our diverse readers. But that just hasn’t been the case. Our email, first sent in late October, went completely unacknowledged. Here it is reproduced for you to see:

…I am a writer for LatinTrends, a media platform that connects with the bilingual/bicultural Hispanic community by producing original content with proprietary events, social media, weekly newsletter, website and a magazine, all under the LatinTrends brand, www.latintrends.com We would like to feature The Rockettes and The Christmas Show in our next issue. Can we discuss potential angles please? Due to editorial deadlines we would need to speak at your earliest convenience. Thank you.

Melissa Ormond, former president of MSG Entertainment, was quoted in the New York Times several years ago describing the Rockettes as “incredibly talented dancers. They’re a sisterhood, they’re a team, they’re glamorous, they’re capable, they’re empowered, they’re confident.” Regrettably, she made no reference to how diverse they are. And today in 2014, we still don’t know if they are diverse at all.

After the first Black Rockette was named in 1988, Enoch H. Williams, then chairman of the City Council’s Black and Hispanic Caucus, said: “The Rockettes have been white ever since I was a kid. It’s a shame that a great institution like Radio City wasn’t out in front, instead of dragging the dog’s tail. It shows how archaic their thinking is.’’ Unfortunately, we haven’t been able to confirm how their thinking has changed, if much at all.