Through the Eyes of Raul Espinoza at Kawsay Art Show

Through the Eyes of Raul Espinoza at Kawsay Art Show

Award-winning travel photographer Raul Espinoza has accomplished many things in his life that he should be proud. But at his Kawsay art show that featured photos of a five-year travel from many parts of the world including Japan, Thailand, Spain and many more – Espinoza was able to donate 80 percent of his proceeds to a non-profit youth program in Brooklyn.

Espinoza, who was born in Bolivia and raised in New York, named the show Kawsay – a word that means “life” in Quechua, an indigenous language spoken in Espinoza’s native country.

“I don’t want to just have a gallery show of my art,” says Espinoza on the press release that announced his very first art showing. “I want my art to connect viewers to the beauty of the world while making a difference in [people’s] lives.”

“The world is much bigger than what we make of it. Often we are imprisoned by the way we view reality. Through this visual journey, I hope to evoke curiosity and invite people to explore alternative perspectives and global lifestyles.”

Espinoza, who is also a life coach and a role model for all ages, will donate 80 percent of the art show’s proceeds to Coney Island Generation Gap, a non-profit organization in Brooklyn that helps “build… leaders in their community by making a tangible difference through media”. 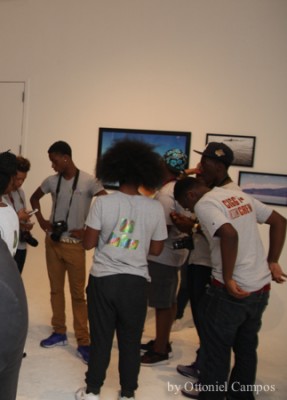 Plus, his gofundme.com/kawsay campaign has already earned more than 40 percent of his $10,000 donation request. Still, people can continue to donate at the website until the goal is fully accomplished.

Photography aficionados of all ages came out to witness the photographic documents that “convey the notion that we are not bounded by our circumstances,” at Drift Studios in Greenwich Village.

“I’m not only thrilled that people appreciate my art, which are my photos, but that the images that mean so much to me also are touching people in a meaningful way.”

Check out the photos of Raul Espinoza’s Kawsay Art Show:

Checking out the Kawsay photo book

Kasway Art Book: “An Exploration of Life” by Raul Espinoza 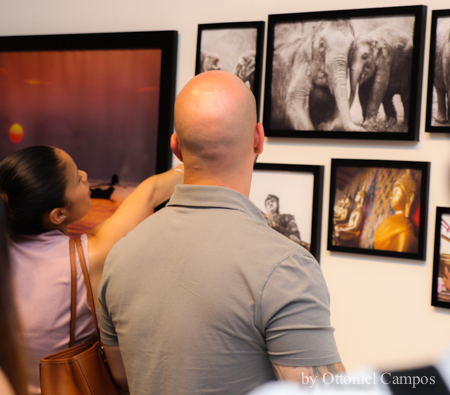 Gente de Zona’s “La Gozadera” with Marc Anthony may be Hot Latin summer song of 2015
What You Didn’t Know about Almudena Fernandez
Translate »
%d bloggers like this: