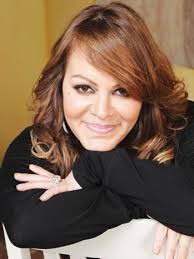 A new book to shed new light on the life and legacy the late Jenni Rivera by her friend and reporter, Laura Lucio titled: ‘Mi vida loca: Íntimas conversaciones con mi amiga Jenni Rivera (My Crazy Life: Intimate Conversations with My Friend Jenni Rivera). The book will be published by Penguin, in Spanish and in English and is expected to be released on Valentines day 2014.

Laura’s Publishing house stated, “Lucio gave Jenni a lot of support during her music career and helped Jenni write and was one of the late Diva’s best friends.”

However, Chiquis Rivera, daughter of the Jenni Rivera does not recognize Lucio as such.

Just four days after Jenni’s tragic and fatal airplane crash, her daughter, Chriquis tweeted where she made a reference to Lucio, “I am so tired of people who give interviews talking about my mom. No one should be giving interviews without at least consulting with me or my brothers and sisters.” She named other reporters but also called out Lucio by also tweeting, “You either, you have no right to open your beak just because you have one! You know very well like many others know, you weren’t a ‘GRAND friend’ to my mother.” She also sent out a plea to everyone, “People, please do believe everything you read or hear.”

That didn’t stop Lucio from releasing a video on YouTube this October 27th, 2013 where she announces the release date of the book and also states in it, “My intentions as a friend [to Jenni] is not to offend anyone. Sincerely I am honoring her last wishes, her memory, her legacy, for the love of her fans and for the love her fans gave her and for the friendship that united us…” Lucio also stated that she and Jenni had begun writing a book together back in 2005. “The stories in this book [Mi vida loca: Íntimas conversaciones con mi amiga Jenni Rivera (My Crazy Life: Intimate Conversations with My Friend Jenni Rivera,] were written with the perspective between friends, true confessions as they occurred, a fun and very human book”, says Lucio.

Laura Lucio’s book is not authorize by the Rivera Family.