‘Vlad’, the First Dominican Sitcom in the US

‘Vlad’, the First Dominican Sitcom in the US 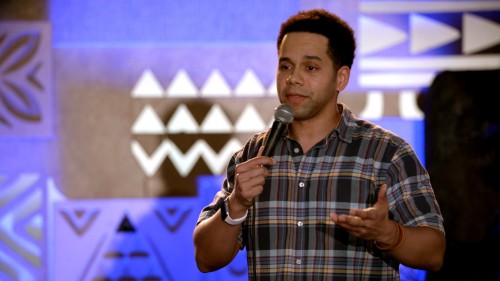 Tigueres, rejoice! A primetime sitcom has finally been dedicated to Dominican-Americans, which have had zero representation on network TV. Although diversity in such primetime shows have emerged over the years, such as; Jane the Virgin, starring Gina Rodriguez. Vlad, created by Bronx-born Dominican stand-up comedian Vladimir Caamaño. the show is reported to be picked up by NBC for a pilot, according to Hollywood Insider.

The show’s star Caamaño, features some of his own comedic material which looks into his life as a second-generation Dominican living in the Bronx with his dad and brother and reveals the ups and downs of working-class Dominican family dynamics, which by the way are the same or very similar to all Hispanic families living in the United States.

This just adds to the growing diversity on primetime, with others shows like Black-ish, Empire, Dr. Ken, George Lopez’s new comedy, “Lopez,  and Sofia Vergara’s Modern Family, going on its 9th season. The show has been so successful that the syndication rights to the series were sold to USA Network and 10 Fox affiliates and CW affiliate WLVI for a fall 2013 premiere.

The success of the series led to it being the tenth-highest revenue-generating show for 2012, earning $2.13 million an episode, and has made Sofia Vergara very wealthy, being the highest earning actor in American Television Sofia earned a whopping  b $28.5 million in 2014, and in 2015…two years in a row. this is proof that diverse/ Hispanic actors are not only needed in American Television, but that it makes $$ business sense!

Check out some of Vladimir’s work below:

AMANDA NUNES TAPS OUT TATE TO WIN CHAMPIONSHIP AT UFC 200
BECKY G IS A POWER RANGER
Translate »
%d bloggers like this: