George Lopez’s ‘Lopez’ on TV Land gets a 2nd Season!

George Lopez’s ‘Lopez’ on TV Land gets a 2nd Season! 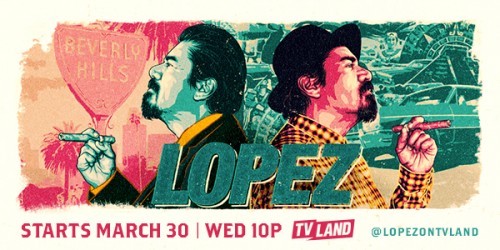 George Lopez seems to have another hit series on his hands with the recently announced renewal of his TV Land’s series aptly titled Lopez.

Check out our exclusive interview with George Lopez below!

The series follows Lopez as he portrays a fictional version of himself trying to cope with all the demands that comes with being a celebrity as well as trying to fulfill a desire to give back to the Latino community within the area in-which he grew up in.

The TV Land series is the third comedy series for Lopez. From 2002 to 2007, Lopez starred in ABC’s George Lopez and in 2014 in FX’s Saint George

Lopez serves as executive producer on the series.

Season one of the series began back in March, and the season finale is scheduled to air on June 22nd.