Leech Therapy May Be Coming Back

Leech Therapy May Be Coming Back 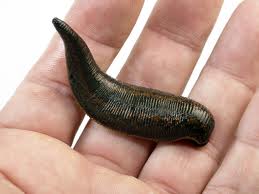 Can an age-old technique help with curing a wound? It is possible that what was once a treatment being used almost 200 years ago that could help someone today? The healthcare field changes more rapidly than most other industries because new technology is surfacing, new theories are being tested and more importantly, people are finding innovative ways to stay ahead of the crowd.

The technique we are talking about is leech therapy, also known as hirudotherapy as a fertility treatment. A leech is a small worm and the therapy that is used today is by placing the leeches on the patient’s stomach until they are attached. The purpose of the therapy and leeches is to increase blood circulation and microcirculation and also detoxify the liver.

The most recent use for leech therapy was in Brooklyn and it is not surprised that people will take it into their own hands to find treatments on their own and be willing to do anything to be cured.

Purposes and Uses of the technique

At one point, there was a belief that leeches were a ‘cure-all’ and a miracle to get rid of all diseases. This was not a bad idea for someone who lived during the 19th century.

The idea of leech farms was created so that farmers could produce their own leeches and thousands of leeches were sold showing the impact of the demand.

There were several other ways that the technique was being used, yet it has dwindled and then come back throughout the years. This is one of those kinds of treatments that not the average person would think of when trying to cure a wound. However, it is one of those kinds of treatments where at a glance it could not work and the only way for it to work, would be through trial and error. Who knows, with how advance technology is today, it may become a permanent kind of treatment in the future. Of course, explore all options and ask a lot of questions before starting any kind of treatment.