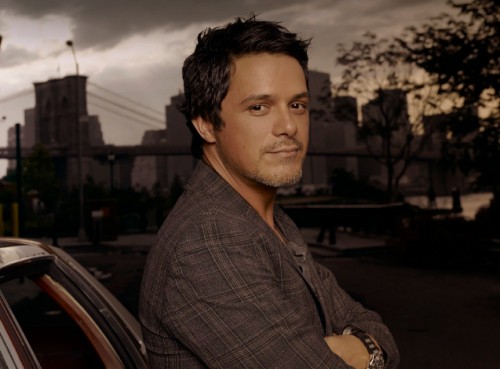 Alejandro Sanz is Spain’s most commercially successful singer ever. He is also famous throughout the Spanish speaking world. He’s been a professional musician and singer since the age of 16 and has sold more than 21 million records worldwide.

If you’ve never heard of Alejandro Sanz, you’re really missing something wonderful. If you have, you know what a superstar he is. Whether you’re familiar with him or not though, here are some little known facts about this amazing singer.

Although he had every intention of being a singer, Alejandro took business management classes to make his parents happy. Then he signed with Warner Brothers records in 1991 to record Viviendo Deprisa (not a particularly popular Sanz record anymore) and he was immediately catapulted to fame. No more business classes.

He hit international stardom in 1997, when he released Mas, and then after releasing a follow up album, El Alma al Aire, he tried to conquer the US market. In 2001, he became the first Spanish singer to perform for MTV Unplugged, which began his career search in the USA. A little known fact is that Alejandro’s biggest dream has always been to make it big in America.

Alejandro Sanz has won 14 Latin Grammy awards and won 1 regular Grammy award in 2006, but true fame in America has escaped him. Well-known in the Latin music world, many people say he’s not more famous because his English speaking skills are low. He also releases almost all of his songs in Spanish, although there have been rumors that an English album is going to be coming out in the next year or so.

Another little known fact is that, during his search for US fame, he has collaborated with some of the best musicians of the day releasing songs and videos with Shakira, The Corrs, Calle 13, Malu, Destiny’s Child and Juanes.

One fact that most fans don’t know is, as well as being an accomplished guitar player, song writer, and singer, he’s also a talented photographer. He recently exhibited his photographs in New York city for a benefit to help the people of the Guajira region in Venezuela, who the United Nations had just named as the second-poorest people in the region.

Sanz has been married twice. The first time to Mexican model Jaydy Mitchell with whom he has a daughter, Manuela. The second to his current wife, Raquel Perera, who he married in 2012.

A little known fact though is that Sanz is also rumored to have another child with a Puerto Rican woman, Valeria Rivera. This was shocking as he was still married to Jaydy Mitchell at the time the child was conceived.

When the news broke, it put all of Spain into a flurry and produced hours of gossip TV fodder. Sanz, however, has remained closed mouthed about the whole thing.

Sanz has been heard to say he likes ‘real women’. He’s inspired by women like Maria Callas, Shakira and flamenco singer Lole Montoya because he “likes women not princesses”.

Alejandro has  a bit of  a history on being the subject of media firestorms. In 2007, he tried to privately divorce model Jaydy Michel, but a married couple that was in his employment for years took advantage of his plight by drugging him and obtaining intimate photos of Sanz. They later tried to blackmail Sanz by threatening to make public his divorce and the photos if he didn’t give them $500,000.

“I was hurt, and surprised. I never thought that people could do such things, to be able to tell lies, and to blackmail me. I trusted too much,” said Sanz.

Rather than give into the blackmail, Sanz spoke up by going straight to the authorities and reported the incident. He hasn’t let that trying episode in his life stop him from making music and deter him from trusting others.

“No one is going to teach me not to trust. I rather trust and make a mistake, than having to live in fear,” said Sanz.

In 2008, Sanz continued speak up and be fearless when he planned a concert on Valentine’s Day in Venezuela despite angering President Hugo Chavez earlier in 2004. He accused Chavez of interfering with a statewide referendum for a campaign recall. Officials in the mayor’s office in Caracas declared the raspy vocalist to be a “persona non grata in the entire country.”

The artist is so beloved that fans and over 100 celebrities from around the world, like Jennifer Lopez, David Beckham and Penelope Cruz supported his efforts to sing in Venezuela, wrote a letter in protest of the country’s decision to ban him:

“Because we believe in a Latin America where we should be free to express our opinions … we hope in our hearts that this problem is resolved.”

Feliz Navidad with a “Latin Twist”
Throwback: Gina Rodriguez Reaction Video Of Seeing Herself on The Cover of A Magazine For The 1st Time Ever!
Translate »
%d bloggers like this: