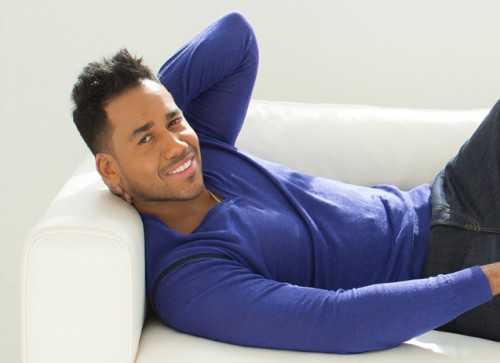 Anthony “Romeo” Santos, or just Romeo Santos to his fans, may be considered the modern “King of Bachata”, but it wasn’t that long ago that the half Dominican, half Puerto Rican heartthrob was simply a shy kid writing poetry at home to try to woo a girl that use to be mean to him.

“She wasn’t the nicest girl. I expressed myself by writing poems and lyrics (to her but) I kind of thank her now for being so mean to me,” said Santos.

Growing up in the Bronx, Santos was exposed to hip-hop, R&B and Latin music. The introverted singer continued to find his voice after joining his church choir and in 1994 he decided to form a group with his cousin Henry Santos and friends Lenny and Max Santos, in which he was the lead singer.

The group would later go on to be called Aventura and be the first bachata group to hail from the U. S. instead of the Dominican Republic. Despite the group’s rise from the streets of the Bronx, to its first cover on a magazine, Dominican Times/Latin Trends, and to stadiums around the world, Aventura received a lot of initial backlash from older traditional bachata listeners and musicians. By fusing bachata with R&B, hip-hop, rock and reggaeton, bachata purist didn’t acknowledge the group as making bachata music.

In spite of the criticism, Aventura went on to achieve international success with songs like “Obsesion”, which is covered in multiple languages throughout Europe, and the album which it’s included, “We Broke the Rules”, topped the pop charts in the United States and broke sales records for a bachata album.

In 2012, the once timid Santos decided to go out on his own with his debut solo album, “Formula Vol. 1.” Vol. 1 was the best selling Latin album of that year, was critically acclaimed and went on to be certified Triple Platinum. The bachata tracks on the album were written, produced and arranged by Santos. The superstar producer, Rico Love,  worked on the English songs. Vol. 1 has five consecutive chart topping songs on Billboard’s Hot Latin Songs, “You,” “Promise,” “La Diabla,” “Mi Santa,” and “Rival.”

“I want to touch people’s lives with my music and my lyrics,” said Santos.

Santos’ Hollywood debut was in the blockbuster hit movie, “Furious 7” and his second film will be in 2016’s film adaptation of the video game “Angry Birds.” Santos’ second solo album, “Formula Vol. 2”, which he is on tour for now, became the best selling Latin album of 2014. It features songs like, “No Tiene La Culpa,” about a gay youth’s struggle with his sexuality.

“The message is that we shouldn’t worry about anyone’s sexual preferences, nor color, race, language, or anything, because we are all equal… this is not a gay record, this is a reality song,” said Santos, a strong supporter of the LGBTQ community.