WHO IS JAYKO? MILEY CYRUS KNOWS

WHO IS JAYKO? MILEY CYRUS KNOWS 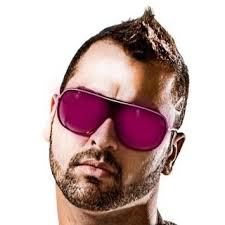 On a beautiful day in Bryant Park, an artist with multiple talents, composer, choreographer and urban artist, Jayko, spoke to us about his upcoming album, his beginnings, influences, and plans to make his mark on the music industry as lead artist.

“I have always been restless trying to get the music out.” Jayko explained. “It took a decade but now its out.”

Jayko learned early to utilize his talents to finance his ventures and future dreams. He used his varied skillset as a teacher while learning the rudiments of music production. “I was a professor and choreographer of Hip Hop and Latin music.” Jayko reminsced. “I was always able to figure out what I needed and used it in my classes.”

He also too an interest in the production end and it was useful later on. “I learned sound engineering at that time and I produced my first songs from that experience.” His versatility caught the eye of someone quite important to his development.

While Jayko was looking elsewhere, he was signed to Wisin and Yandel label, it couldn’t get better. But Jayko had his plans and learned all he could in the four years he spent there. “It was super spectacular and they are International stars.” Jayko shared.

“It was a university of music. But the music changed often. I wanted to do more. I wanted my independence.”

He appeared at the Megaton in Madison Square Garden this past Sunday as his name has growm. Known as the prototype, he built his reputation in Puerto Rico and Miami. He was open minded about his music, just at ease using electronic music as easily as urban sounds, as reflected by his influences.

“I liked Usher and Chris Brown. But I was really influenced by Marc Anthony and Salsa in Puerto Rico.”

Jayko explained. “David Craig, romantic and R&B like John Legend. These were significant for an artist like myself.”

When one door closes, another opens. Miley Cyrus chose Jayko as her opening act for her concert in the Coliseo in Puerto Rico on her Bangerz tour. This was elite and no bigger a sign for a artist looking for confirmation of the next step.

“It’s Miley Cyrus, a major opportunity for certain and in Puerto Rico.”

He smiled knowingly. In March of 2015, Jayko intends to take the momentum and ride it to his upcoming album.

“You can expect alot of surprises and will be Urban with alot of different things. It will be quite a production.”

Jayko is an artist on the verge. He has alot on the board and he comes off as a confident, happy, person who is well spoken and assured that he has prepared properly and well experienced. After all, when one can do it all, its just a matter of what’s needed at the moment. And Jayko is right for this moment.