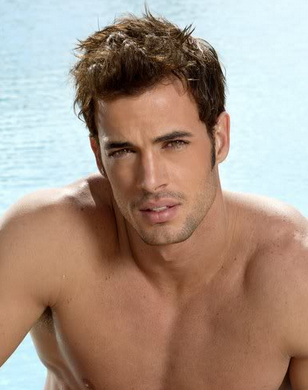 Rumors can often be untrue but hopefully this one isn’t! William Levy is said to have been offered a role in the third installment of “The Hunger Games.” If the rumors are true, the Cuban actor would probably be included in “The Hunger Games: Mockingjay Part I” which is the first part of the third book in Suzanne Collins, which will be two movies with the same name, a: part 1 and the other: Part 2.

Supposedly the producers of the sequel have already contacted Levy’s representatives to request a performance test. The famous saga which made Jennifer Lawrence a star is a contest of life and death, consisting of 12 districts featuring two young people through a drawing represent each of the districts and kill each other until only one winner is left.

The first film is scheduled for release in November 2014 and the second in the same month of 2015.

Levy will participate in the next film entitled Salsa with Jada Pinkett Smith, which will begin filming later this year, to finish his work on the soap opera “The Tempest”.