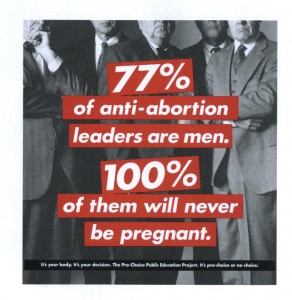 According to the Latin American Herald Tribune, six women are serving long prison terms in the central Mexican state of Guanajuato after being convicted of homicide for terminating their pregnancies, activists said Wednesday.

The women, all poor and with little education, have served between three and eight years of the 25- to 30-year sentences handed down by state courts.

“We’re going to put in direct appeals to the federal judiciary,” Veronica Cruz, the director of the Centro Las Libres, which provides assistance to the women and to another 160 Guanajuato women facing abortion-related charges, told Efe.

A woman who had received a similar sentence to those that are being served by the six women for murder was released recently thanks to the intercession of Cruz’s organization.

Of these seven cases, one was a spontaneous abortion (miscarriage), two others were undertaken because of rape and the rest were for accidental pregnancies, Cruz said.

“All the men that got them pregnant abandoned them and accused them” of getting the abortions, said the activist.

Since the beginning of the decade, more than 40 women have been put on trial for abortion, which is punishable by up to three years in prison under the Guanajuato penal code.

In Guanajuato, a woman who’s been impregnated by a rapist and cannot afford a private abortion must petition the state for a publicly funded one— and the state has denied every request since 2001. One woman was told by an attorney that although she was within her rights to obtain an abortion, no one would perform it; often hospitals send rape victims away. And some women who’ve given birth to stillborn babies have been imprisoned because officials charge them with a failed abortion.

This is so disgusting. Mexico has a staggering overpopulation problem that is quite possibly the reason poverty/lack of education continue to plague its beautiful States. With such a strong Catholic presence and lack of sexual education, girls often become pregnant and marry in their teens, and the domestic abuse rate in these relationships is scary.

The drug cartels are doing their best to run the country into the ground, and yet the law’s time and energy are being funneled into going after women who, for whatever reason, tried to take control of their own lives.