Young Voices: How can Republicans win over Latino voters?

Young Voices: How can Republicans win over Latino voters? 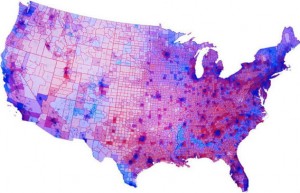 In 2012 more than 11 million Latino voters were reported as casting their ballots in the 2012 election. For the 2016 presidential election the estimated Latino voters is expected to rise to 12.5 million. This estimated has been determined by Latino Decisions, a Latino political research firm founded by professors of political science, Dr. Gary M. Segura and Dr. Matt Barreto.

It is this estimation that leads the question that if Republicans come out in support of pushing for immigration reform in the country could the party earn more support amongst Latinos come the 2016 elections making it difficult for the Democratic Party?

“The polling data today suggests Rubio, most of all, but Jeb Bush and Paul Ryan as well, can equal or eclipse the 40 percent mark among Latinos if they provide leadership on immigration reform to get a bill signed into law,” Barreto writes, “However they remain far from the 40 percent mark right now.”

Presidential hopefuls Florida Senator Marco Rubio, former Florida Governor Jeb Bush, and Representative of Wisconsin Paul Ryan are a few republicans advocating for a comprehensive immigration reform that could sway some Latino voters who voted for President Barack Obama in the 2008 and 2012.

However, the estimated 40% of Latinos voters eyeing a republican for our next president will only happen if our current chooses to sign off on the new immigration reform presented.

According to Matt Barreto, an associate professor of political science at the University of Washington, Seattle and founder of Latino Decisions that released these findings stated, “Latino voters expect to see the GOP successfully move immigration reform and send a true compromise bill to the President.”

Survey takers for the poll were given the following prompt showing potential Republican candidates coming out in comprehensive immigration reform which states:

And were then asked how they would feel voting for Rubio in the 2016 presidential elections. An estimated 54% of Latino voters said they would likely vote for him. Half of the 54% were Latino voters who voted for President Obama in 2012. When some survey takers were asked if they would vote for Rubio without the above prompt, Rubio failed to reach the 30% of support from potential Latino voters.

Given the same prompt but with Rubio removed and Jeb Bush placed survey takers were asked whether they would support governor Bush. The poll found that 47% of the survey takers would likely vote for him with 42% of the respondents having voted for Obama during his reelection bid in 2012.

As for 2012 vice-presidential candidate Representative Paul Ryan, surveyors were asked if they would vote for him “since he has become” an outspoken supporter of reform. 44% of Latino voters asked said they would likely vote for him, 40% of them asked were Obama voters.

For now we have to wait transpires, what is known is that the country’s demographics are changing. And as it changes the way politicians win the White House elections depends on who they win over to vote for them in the voting booth.

Sergio George Presents ‘Salsa Giants’
Clinton vs. Rubio: Who will Latinos vote for in 2016?
Translate »
%d bloggers like this: