The People’s Choice Award Show has been held annually since 1975 and is voted on by the general public. With growing technology nominations are now based on sales, industry ratings, box-office grosses, social media data and votes from peopleschoice.com. Over 700 million votes were casting making this award show the easiest way to determine what is TRENDING and popular.

Very few rocked short length dresses and instead opted for knee length options. Although the temperatures last night in California was in the 50s the carpet was a glimpse of our upcoming Spring/Summer 2014 looks. 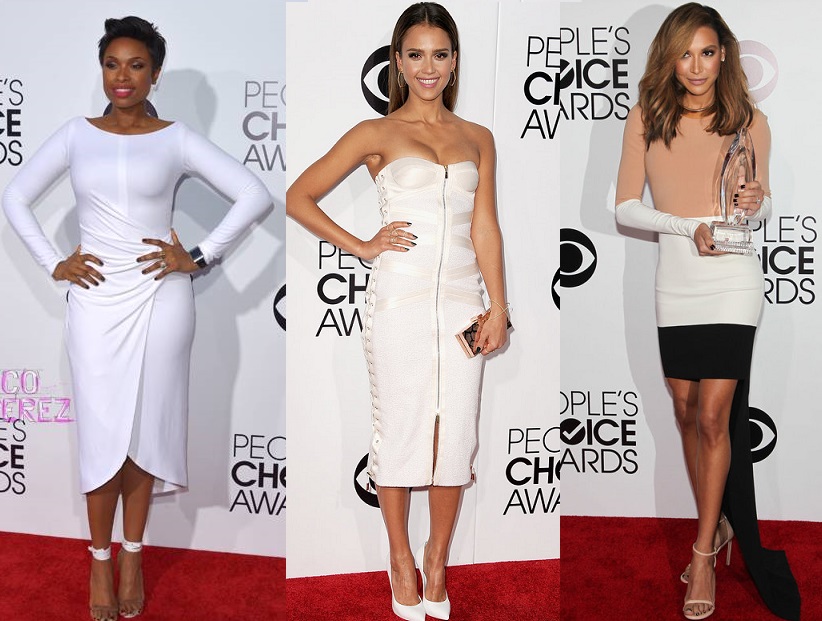 For those that love a pop of color and enjoy patterns…no worries Spring/Summer 2014 has some of that too.

Which one is your favorite look?