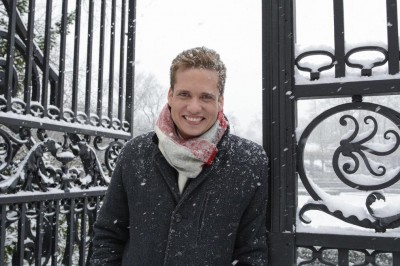 Do we have total access to this bello? Yes! This two-time Emmy award winner, currently serves as the Entertainment Anchor on WNJU Telemundo 47 on “Acceso Total”

so be sure to can catch a view, send a twitter wink or a fb photo.

For almost three years, Rafael Bello was weekend Sports Anchor for “Noticiero 47 Fin de Semana”, for which he was nominated as Best Sports Anchor in the 57th edition of the New York Emmy Awards. Starting his journalism career in 2003, Rafael produced and hosted the most popular sports segment “Carril Deportivo” on “Carril del Medio” radio show, anchored by journalists Deidamia Galan and Rosa Amarela, which was broadcasted throughout the island of Dominican Republic.

Rafael continued to pound the pavement with his gift of gab about sports. Producing an interactive sports talk show “Desde las Gradas” with the late great Ivan Brea, an experienced sports journalist and the first established basketball game theorist analyst from the Dominican Republic.

Joining the official MLB broadcasts as commentator for the MLB season games, I am sure left this Sports sensation speechless.

As you can tell Rafael is not just a pretty face. The camera loves him and so does the pen.. As a feature editor of “Como Lo Veo Desde las Gradas” of El Caribe Newspaper, his articles have made front page of the Sports section featuring Super Bowl XLII between the New York Giants and the New England Patriots with pre-game analysis of both teams. He also covered the 2009 Fiba Americas Qualifier Tournament in San Juan Puerto Rico.

Ok! I don’t know anything about sports, but If Bello was writing I was reading.

In September 2011, Rafael joined WNJU Telemundo 47 as the sports anchor of the weekend newscast and feature segment reporter. Later in 2014 he became Traffic & Entertainment reporter for Noticiero Primera Edicion and anchor of Acceso Total with Victoria Sosa.

has the knitch for news, and a number of Emmy Awards under his belt, Rafael makes it a priority to please his fans, Whether it’s pearly white smile or his sense of welcome and warmth from a first hello. Rafael Bello gives his viewers total access, which makes his news worthy to Latin Trends.