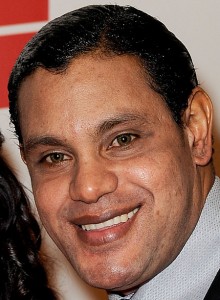 Sosa’s Major League career began with the Texas Rangers in 1989. After a stint with the Chicago White Sox, Sosa became a member of the Chicago Cubs in 1992 and subsequently became one of the league’s best hitters. In 1998, Sosa and Mark McGwire achieved national fame for their home run-hitting prowess in pursuit of Roger Maris’ home run record.

Sammy Sosa was the source of attention in late 2009 when he appeared publicly with skin that had been lightened. Sosa claims that the cause of this is a skin cream he has been using