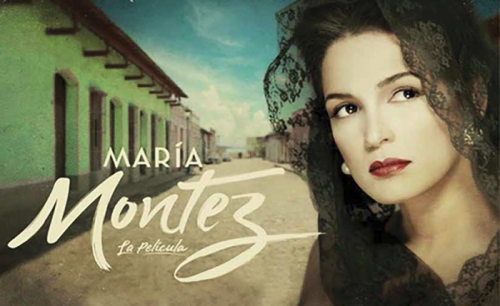 Originally published in the November 2015 issue of LatinTRENDS Magazine

Celinés Toribio’s trajectory is widely recognized in New York’s Hispanic media. She is well known for her fearless and daring approach on TV, the press and radio. Today, she embarks on a new endeavor as an actress and film producer. Her first project is a movie about the life of María Montez, who, in the 1940s, was the first Dominican ever to appear on Hollywood’s silver screen. Celinés talked exclusively with LATIN TRENDS, and told us where she finds strength and motivation to improve and constantly reinvent herself.

In 1995 I was an intern at Univision 41. One afternoon, they selected me to be a guest model for the “Sábado Al Mediodia” show because one of the hosts was not there that day. The rest is history. That’s how I became one the of co hosts of that program in January 1996. From there, I reported for “Fuera de Serie,” “El Gordo y La Flaca” and “Primer Impacto.”

What interests me the most is to be able to connect and communicate with the audience. The platform does not matter to me: It can be the big screen, a newspaper column ‒ as when I wrote for El Diario La Prensa ‒ or a radio or TV microphone. The important thing is to follow my passion to communicate.

Because I like to go for the things I cannot control, to go after what I don’t know. I wantedto act, but I needed to learn to do it the right way. That’s why I went to Los Angeles.

I moved to Hollywood to learn acting and to study the world of films: its people, its projects, budgets… I visited movie sets, I went to acting and producing conferences. When I saw what that world entailed, I decided that my possibilities were very limited because I did not stand out. In Los Angeles, I wasn’t the Celines Toribio I am in New York; I was just another one in the bunch, and it was going to take me too long to become someone important. That’s why I decided to build my own platform.

Dominican cinema is on the right path. We are at our best right now. Thanks to the new film law, we are more prepared to make better movies, and we are getting there little by little.

In 10 years, I see myself married to my husband Giancarlo, with two healthy children, with 10 movies in my producer portfolio and representing my country as the Dominican Salma Hayek or Eva Longoria.