Countdown to Affordable Healthcare: Latinos highest among the uninsured

Countdown to Affordable Healthcare: Latinos highest among the uninsured 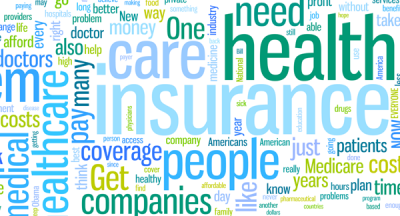 March 31st is a significant day for President Barack Obama and his administration. It marks the deadline for registration for the Affordable Care Act and whether or not it is a success. Needing to have 6 million Americans sign up for health insurance through the act, numbers are not looking good.

Because there has been a low turnout so far, President Obama has made numerous appeals to the country’s largest minority group to be uninsured. So, who is the group of people? The one group that should highly consider enrolling is Latinos.

Despite trying to reach to out to the community, the president’s words of motivation have yet to inspire Latinos to enroll since the numbers are still low. According to a Gallup survey, there has been a 2.6% drop among African-Americans who are uninsured. But among Latinos the drop in the uninsured was just 0.8%.

“The enrollment rate for Hispanic-Americans seems to be very low, and I would be really concerned about that,” said Mark McClellan, a health policy expert at Brookings Institution. “It is a large population that has a lot to gain…but they don’t seem to be taking advantage.“

By not enrolling Latinos could face several problems if they do not receive some form of coverage. One such issue is high medical bills that may arise from unplanned illness or accidents.

“You don’t punish me by not signing up for health care,” said President Obama during a televised town hall he held a few weeks ago addressing Latinos. “You’re punishing yourself or your family.”

While the White House said there are no statistical reports detailing the race or ethnicity of Americans signing up, think tanks and survey takers have been compiling data to try and identify who is and who isn’t signing up and why.

According to the Pew Research Center, in September—prior to the launch of the healthcare.gov site to enroll—three out of five Latinos supported the idea of enrolling. However, the approval dropped due to the technical and Spanish-language issue visitors to the healthcare.gov website encountered.

Apart from the technological issues encountered on the website, experts contribute the lack of Latino enrollment to other issues ranging from a lack of culturally sensitivity by outreach groups trying to get Latino to enroll and the fear that signing up may illicit immigration authorities to target illegal immigrants.

In order to rebuke some of the fears and appease some of the communities within the Latino community in-regards to lack of a cultural sensitivity, President Obama and his administration have established outreach groups and have taken on a last minute campaign to get Latinos enrolled.

If not to help other Americans by having healthier and young citizen enroll and lower premiums for our elderly, Latinos should take the time and get informed about what they can expect when and if they do decide to enroll. Learning what is offered is what is important. Make an informed decision and now what are the true cons with enrolling as opposed to be told or basing judgment on fear or rumors.