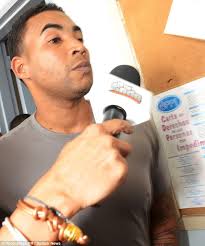 The news that came out of Puerto Rico is a serious case of implication. Don Omar, Reggaeton star, was apparently arrested last night on suspicion of domestic violence but was not charged. He was detained in a house in Vega Alta.

The multiple Latin Billboard award winner, William Omar Landron Rivera, is not being held for anything recent but from an ongoing investigation that was following up on past complaints, according to Lt. Aimee Alvarado.

The 36 year old artist allegedly threatened his 26 year old partner, who is cooperating with authorities. In the light of the recent Ray Rice situation, domestic violence is a hot topic and does not bode well for Omar.

“Any type of criminal allegation is detrimental to a public figure.

This appears to be a case where more will be brought to light in the days to come. Don Omar was scheduled to appear in New York this upcoming Sunday for the Megaton Concert.