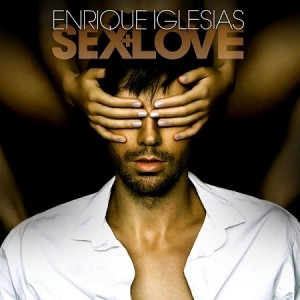 ENRIQUE IGLESIAS revealed the title of his tenth full-length studio album, SEX + LOVE, in stores and available online March 18th on Republic Records. Today, he’s giving listeners everywhere a glimpse of what’s to come on the record with the cover art. It’s an intimate photo of the singer that you’ll want to keep your eyes wide open for.

SEX + LOVE will be on everyone’s mind in 2014. Recently, the Grammy Award-winning multi-platinum global superstar dropped the latest single and video from the effort, “I’m A Freak” featuring Pitbull. The longtime friends and collaborators light up an enticing beat from The Cataracs [Robin Thicke, Selena Gomez] with a downright soaring hook perfect for dance floors worldwide. “I’m A Freak” is just another standout from the track listing that also features the album’s previous singles “Heart Attack” and “Turn The Night Up”.

With SEX + LOVE on deck and ready to go, the artist is also gearing up for the one night only “ENRIQUE IGLESIAS & Friends” gig February 15 at Madison Square Garden.

ENRIQUE “turned up” 2013 as one of his hottest years ever. “Turn The Night Up” became his thirteenth No.1 on the Billboard Dance Chart. As the record-holder for most #1’s on the chart, he upped his tally yet again. Meanwhile, the track also clinched #1 on Billboard’s Latin Airplay Chart, making it a cross-format smash.

Since 1995, ENRIQUE IGLESIAS has solidified himself as one of the most respected and revered stars worldwide. He remains one of the best-selling Spanish artists in history with sales exceeding 100 million worldwide. To his credit, he’s turned out five top 5 singles on the Billboard Hot 100 with two reaching the top spot as well as 13 number ones on the Dance chart-the most for any male performer ever. Moreover, he has an impressive total of seventy number ones across all Billboard charts. Meanwhile, he also is the record holder for most Spanish language singles to hit number one on the Hot Latin Tracks chart, producing 23 in total. Still, there are even bigger things on the horizon for him.

Latino Star JUANES Unveils New Album Name And Release Date
Who was that Gorgeous Latina with Bruno Mars’ at Grammys?