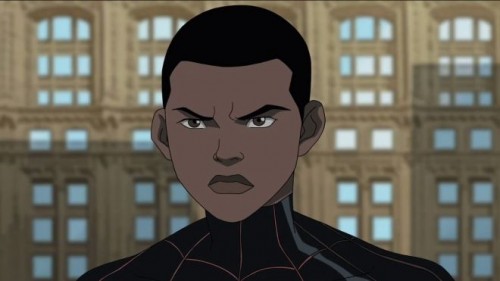 Now that Sony and Marvel decided to team-up and join Spider-Man with the Avengers movie franchise, fans of the iconic web crawler are requesting for the new Latino Spider-Man to appear on the big screen.

For more than 50-years Spider-Man has always appeared in the Marvel comic book universe but not in the movies. This new partnership has excited fans that yearned for Spidey to appear in other franchises like in the comic books.

Comic book fans are not only excited about this new move but they are also now asking for the Avengers movie franchise to implement the Latino Spider-Man for a new and exciting storyline.

Miles Morales is a teenager, who like Peter Parker, was bit by a spider that gave him super human strength, agility and wall sticking powers. Morales is half-black and half-Dominican. He speaks Spanish on some parts of the comic book but mostly it’s an English dialog. Hesitantly he took on the role of Spider-Man once he discovered that Parker was killed (of course this was in another dimensional world and in our dimension Parker is still alive… of course).

Fans of Morales are now pushing for this new move, which will push off the current Peter Parker character played by Andrew Garfield. Unless Garfield can transform himself to a black Latino, which I don’t think it’ll be a good idea, the Avengers franchise (if they listen to fans) will have to get a new actor to play Spider-Man. I suggest Romeo Santos.

This push for Morales is coming in the wave of social media. One fan posted that even though he loves the Peter Parker story he wants something new. Here are a few of those tweets discovered by the news website Fox News Latino. 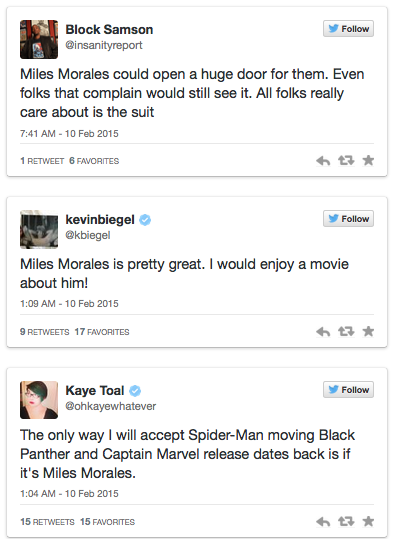 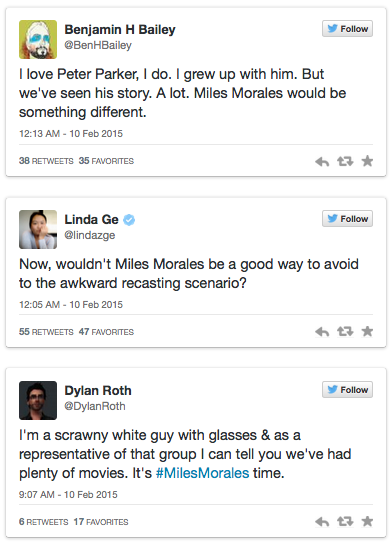