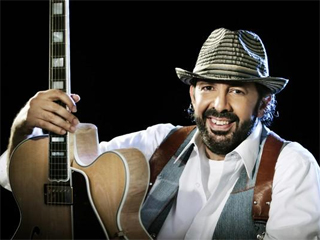 Juanes debuts satellite radio’s first artist-hosted show for bilingual listeners titled Fijate Bien on Sirius XM radio starting this Sunday at 8pm. The Colombian Grammy-winner will share personal stories about his life on the road and showcase his favorite music. For the premiere Juanes has featured guest Vicente Garcia, who is also set to perform. “I am excited to launch Fijate Bien on SiriusXM this Sunday,” said Juanes. “I look forward to hearing from listeners all over the country and sharing stories, inspiring live music and life experiences from the road.” Juanes’ show will air on SiriusXM’s Caliente channel 150 and on La Kueva channel 540.

Top Stop Music owner and producer Sergio George spoke with Primer Impacto and stated Prince Royce is still under contract and cannot record with anyone else or write music for anyone else. He also confirms that he and his company invested 2.4 million dollars in order to get Royce to super-stardom. Sergio hopes to clear the air and get back to work with Royce soon.