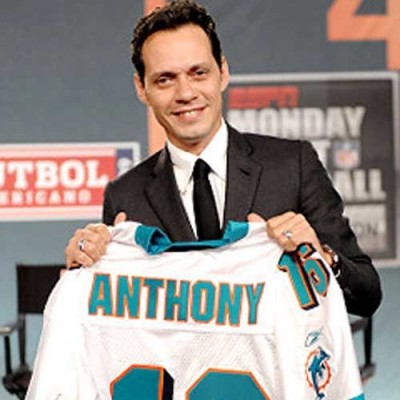 Marc Anthony has conquered the Latino music scene and is now branching out into the sports business industry.

Originally, earlier this year Anthony founded a talent management company that mostly catered to musicians and actors as they entered the entertainment industry but the singer decided to branch into sports management and so far things are looking up with his recent signing.

“So happy to start the week with amazing news,” Anthony wrote on his Instagram account on Monday, announcing his sports management debut and recent signing of an All-Star Major league baseball player. “Today we celebrate the creation of MAGNUS Sports, the signing of 4-time All-Star Major League Baseball Pitcher Aroldis Chapman and the association with Praver Shapiro Sports.”

In the new deal, Anthony’s company will represent Aroldis Chapman when it comes to his marketing and sponsorship exploits while the firm of Praver Shapiro will be Chapman’s legal representation when the Cincinnati Reds closer becomes a free-agent at the start of next year.

“Baseball, like music, is an ingrained, cultural passion for many Latinos throughout the world, and there’s no shortage of amazing stars of Hispanic origin,” said Anthony, in an official statement released after the signing. “Despite that, until now, there hasn’t been an enterprise designed to meet their needs.”

With Anthony’s deep-rooted Latino connection his company could find similar success to Jay Z since MAGNUS could find athletes in Major League Baseball and boxing where both sports have a large Latino population. Currently, in Major League baseball there are more than 30% of Latino players in the game.