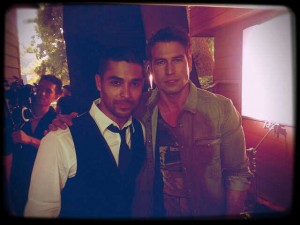 “I’m thrilled to support such a great organization as Voto Latino is,” said Amaya, “I believe that it is our duty as citizens to exercise our civic duties and have our voices be heard through the process of voting.  Working on this PSA with such an incredible cast was amazing and it was wonderful to see Wilmer in his new facet as director. “

Voto Latino empowers American Latinos to claim a better future by voting and bringing their voices into the political process through celebrities and the latest technology.  As part of said effort, the PSA will air this August.

Amaya is currently readying for his participation on “El Señor de los Cielos”, Telemundo’s new prime time series, in which he plays the title character.