Shakira Opens another School in Colombia

Shakira Opens another School in Colombia

Shakira is opening the 7th school in her hometown of Barranquilla.

The ‘Hips Don’t Lie‘ star launched her Pies Descalzos (Barefoot) Foundation in 1997 and has opened six schools in the country. The new Institucion Nuevo Bosque will open in 2019. 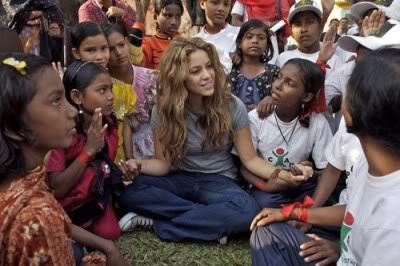 Shakira said: “When we started to build schools in Colombia 20 years ago, we chose remote areas where there was nothing at all – no infrastructure, roads or even potable water.”

“We built the schools where the government was absent and  children did not have access to quality education. The results were immediate, jobs were generated, malnutrition plummeted and the students responded very well academically.”

In December last year, another one of Shakira’s schools, which was established in 2008 was named the number one public school in the country in a study, which was measured on the strength of students’ test scores.

Antonio Banderas Makes it Through Heart Attack
J.Lo sued for NOT being INFLUENTIAL enough
Translate »